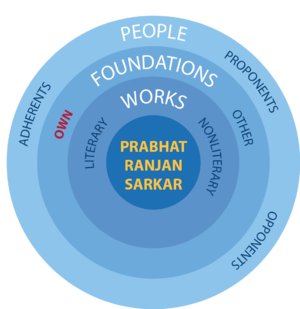 Amra Bangali (Bengali: আমরা বাঙালী, Translation: We are Bengalis) is a radical Bengali-nationalist political party in India.[1] The party was founded by Prabhat Ranjan Sarkar. Presently it is involved in protestation against Nepalese who wants new state of so-called Gorkhaland.[2]

The politics of Amra Bangali are based on Sarkar's ideas of economic and political democracy. The party is organized in West Bengal, as well as in other states with large Bengali populations such as Tripura, Bihar, Odisha, Assam, and Jharkhand. The only real political breakthrough the party has had was in Tripura during the 1980s, when the party entered the Legislative Assembly in connection with the mounting ethnic tensions in the state.

The aims and objects of Amra Bangali are: