From Sarkarverse
Jump to: navigation, search 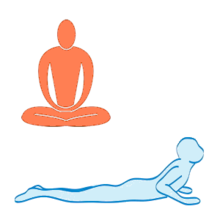 Supreme Direction
Those who perform sádhaná twice a day regularly, the thought of Paramapuruśa will certainly arise in their mind at the time of death; their liberation is surely attained. Thus every Ánanda Margii must do sádhaná twice a day. This is the direction of Paramapuruśa. Without yama-niyama, sádhaná is impossible. Hence it is also the direction of Paramapuruśa to follow yama-niyama. Disregard this direction and one may have to suffer the torments of animal life for millions and millions of years. So that no one will undergo such suffering, so that
everyone might come to eternal peace under the loving shelter of Paramapuruśa, it is the binding duty of every Ánanda Margii to endeavor to bring all to the Ánanda Marga path of welfare. Giving guidance to others about the way of righteousness is an inseparable part of sádhaná. [note 6]
Shrii Shrii Anandamurti