Ananda Marga Pracaraka Samgha (society for the propagation of Ananda Marga), abbreviated as AMPS, is the foundation of Prabhat Ranjan Sarkar for which he is best known. Sarkar founded this global, socio-spiritual organization in Jamalpur, Bihar, India in 1955. From 1955 until his death in 1990, Sarkar frequently expanded the scope of AMPS and continually adjusted its inner workings.

Structure and organization of AMPS

AMPS is somewhat unique in having a strictly hierarchical composition that seeks a balanced yet full integration of renunciates with householders in a disciplined, coordinated cooperation. To implement this complex arrangement, Sarkar distinguished the structural and the organizational sides of AMPS.

Structural side of AMPS

The structural side of AMPS is the hierarchical command structure. It mostly consists of wholetimers (WTs) and local full-timers (LFTs). WTs are the renunciates of AMPS, either brahmacarii/brahmacarinii (novice renunciates) or avadhuta/avadhutika (senior renunciates). LFTs are mostly young margiis who have successfully undergone some training but are not (yet) prepared to commit to a life of celibacy. In fact, LFTs may continue in that capacity even after marriage.

In addition to WTs and LFTs, there are also some Purna Kalika Bandhus (full-time friends), PKBs. These are retired householders who have dedicated the rest of their lives to missionary work.

AMPS workers in the command structure (WTs, LFTs, and PKBs) are bound by some additional conduct rules that the general margiis do not have. Not only that, WTs have many more rules than LFTs and PKBs. These additional conduct rules mostly pertain to the standard of organizational discipline expected of these workers, but they also demand a very high standard of character and a universal social outlook.

The command structure of AMPS flows from the Central/Global level to the Sectorial level (the world being divided into nine sectors) to the Regional level and then to the Diocese level. Dioceses are divided into Districts, Districts into Blocks, Blocks into Panchayets (groups of villages), and Panchayets into Grams (villages).

The command structure of AMPS is largely driven by these supplementary conduct rules as well as an abundance of procedure orders, found in various guidebooks applicable to the different organizations, departments, or trades on the different levels (sectorial, regional, diocese, district, and so on). Sarkar himself dictated most of these procedure orders. Many of the procedure orders are public, but some are internal (confidential).

Organizational side of AMPS

Similarly, the tattvikas, acaryas, and avadhutas of AMPS have their elected boards to manage "all rules and regulations, punishment, discipline, and everything else regarding" themselves (subject to the approval of the Purodha Pramukha).[1] 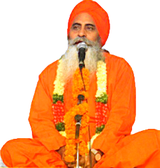 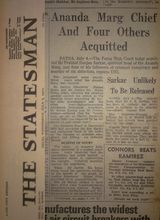