Procedure for Eating is the 2nd chapter of Ananda Marga Caryacarya Part 3 written by Shrii Shrii Anandamurti. The chapter is divided into three parts. In the first part Sarkar instructed the procedure for eating, in the second part he discussed the types of food and in the third part, he commented on meat-eating.[1]

Shrii Shrii Anandamurti originally delivered this lecture at Jamalpur in 1956.[1]

Shrii Shrii Anandamurti founded Ananda Marga in 1956. And from right after the foundation he started constructing social and behavioral codes of the organization. In 1956, when he was staying at Jamalpur, India, he gave instruction on the procedure of eating.

This chapter is divided into three parts—[1]

In this chapter Shrii Shrii Anandamurti instructed the procedure of eating.[1]

Sarkar instructed, before eating one should do vyápaka shaoca properly with cold water. If the environment is extremely cold, one may use lukewarm water.[1]

Then, keeping the eyes wide open one has to hold a mouthful of water and gently splash the eyes a minimum of twelve times.

Before sitting down to eat, one should invite any persons present around him or her to share food. If they do not want to partake, enquire whether they have enough food with them or not.[1]

While eating one should sit in a comfortable position. It is better to eat in company than to eat alone. One should not sit down to eat in a disturbed mind or angry mood.[1]

This is the second part of the chapter and here Sarkar discussed the types of foods. He told, in all object of the universe, one of three attributes – sattva, rajah and tamah – will always be predominant. Similarly the food we eat may be divided into these three categories.[1] 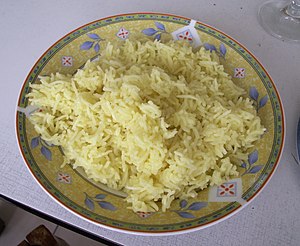 Sarkar prescribed Sattvika Ahara for avadhútas and avadhútikás of Ananda Marga and the people who are practicing asanas.

Sarkar told, any food that is beneficial to the body but is neutral to the mind, or vice versa, is called rájasika (mutative). Foods that do not fall into the sáttvika or támasika categories are of rájasika nature. In certain countries where there is a heavy snowfall, rájasika food can be treated as sáttvika and támasika food as rájasika.[1]

Sarkar categorized small amounts of tea, cocoa and similar drinks that do not excite a person to the point of losing his/her senses as Rajasika Ahara.[1] 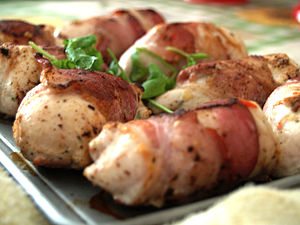 Sarkar told, all kinds of foods which are harmful to either the body or mind and may or may not be harmful to the other are called támasika. He also provided few examples of Tamasika Ahara (static food)—[1]

People who have a strong desire for meat-eating or who eat meat out of necessity may eat meat only from a male or castrated animal. No one should knowingly eat the meat of a female animal. Even domestic female fowl should not be eaten.[1]